A few weeks ago we got ourselves an address. When it came time to furnish the place, there was one thing we decided not to include. Ainâ€™t no liquid crystal displays or cathode rays in our humble abode.

Since being back in America, weâ€™ve rarely encountered a household without a time-vampire on display, front and center, robbing the room of conversation. Even in restaurants and bars, the presence of mounted television sets has been overwhelming. Alex says the most annoying part about American TV is the over-saturation of advertisements. Compared with the commercials in Australia, American ads are louder, longer and way more aggressive, which is kind of like everything else in this country. Still, for him, flipping through hundreds of stations and being bombarded with channel after channel of noisy advertisements simply isnâ€™t worth the hassle of watching a few sports highlights.

On my end, Iâ€™ve never been much of a TV connoisseur and it only takes a few episodes to wear me out. So admittedly, not having a TV in our house was kind of an easy decision to make. The weird part is how many people here are swayed in the opposite direction, sometimes to the extreme. How many people do you know who have a TV as a big as an SUV on display as the centerpiece of their living room? Iâ€™m tipping thereâ€™s more than a handful.

Of course, choosing not to have a television hasnâ€™t been the end-all be-all of our couch potato entertainment, but our TV intake has become much more calculated. Quality over quantity. If we want to watch a show or a movie, we have to stream it on our computers, which is obviously not hard to do, but it has made watching TV a much more conscious activity. No longer does a B-grade movie playing in the background suck us in while weâ€™re cooking dinner, continuing to waste our time long after weâ€™ve finished eating. 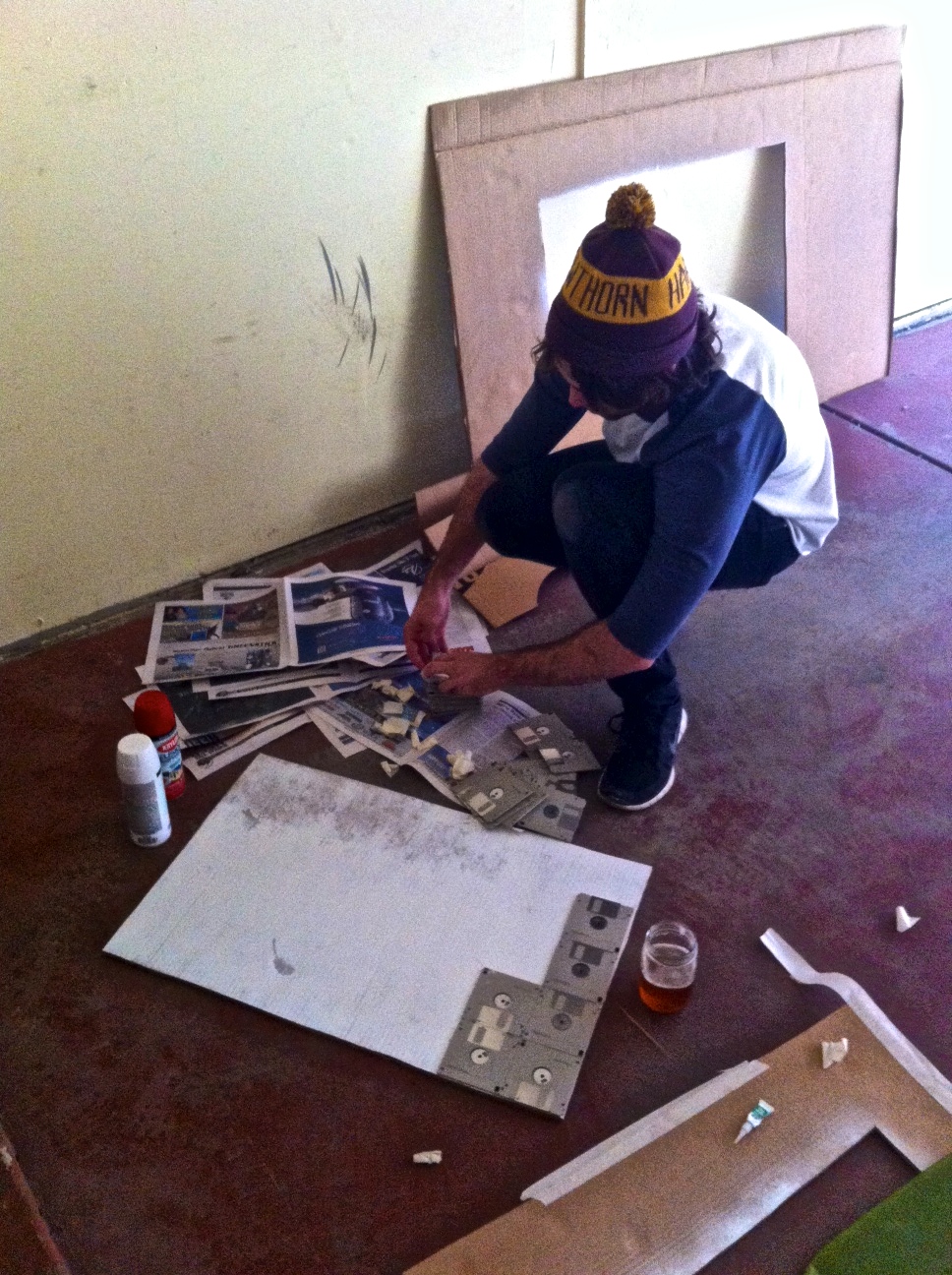 At first, it was a little weird having such a quiet house, but in the past couple of weeks, our Pandora playlists have evolved, and weâ€™ve freed up a lot more time to let our minds go nuts and relax. I guess a lot of people would say that watching TV is a form of relaxation, but it just seems like more of a convenient way to tune everything out and turn into a zombie, when sometimes we could really be benefiting more by tuning in to something else. To be clear though, Iâ€™m not saying a few of your favorite episodes back to back and late night movie marathons here and there are the devil. Iâ€™m a fan! My observation has simply been that an adult in a house without a TV is much like a kid in the backyard going haywire with a pile of sticks and a cardboard box. The going gets weird, and the weird turn pro. You improvise.

Itâ€™s only been two weeks, and so far, Alex has planted an herb garden and started a spray-paint project in the garage. For me, reading and writing have been altogether easier to concentrate on. We fall asleep faster and wake up earlier. On the whole, it just feels like we get a lot more done.

Without intentionally sounding like an 80-year-old man telling a story about walking to school uphill both ways in winter, I have to say that people these days just donâ€™t know how good theyâ€™ve got it. We seem to be taking our technology for granted and using it for all of the wrong reasons. We think every gizmo and gadget should exist to make the world a more convenient place to live, instead of making it more worth while.

These days, weâ€™re all getting upset because machines are taking over the world when we should be celebrating, and weâ€™re excited about machines infiltrating our personal lives when we should be running in the other direction. At least Switzerland is on the right track. (Iâ€™m talking about the referendum separating human labor from income by providing an unconditional government handout to improve the Swiss quality of life. Focus less on crappy jobs and more on encouraging people to do something worthwhile.)

Anyway, the moral of this story is that Incubus was right when they wrote â€œIdiot Box.â€

â€œAnd when we finally see the subtle light,
This quirk in evolution will begin to let us live and recreate
T.V., what do I need?
Tell me who to believe!
Whats the use of autonomy when a button does it all?
T.V., what should I see?
Tell me who should I be?
Lets do our mom a favor and drop a new god off a wall.
Let me see past the fatuous knocks.
I’ve gotta rid myself of this idiot box!
Let you see past the feathers and flocks, and help me plant a bomb in this idiot box!
From the depths of the sea
To the tops of the trees
To the seat of a lazy boy
Staring at a silver screen!!”