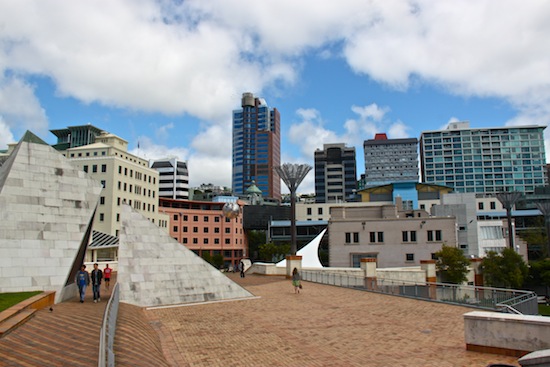 An American in New Zealand

I’m here. I made it to New Zealand. I didn’t miss my flight – ahem, Indo – and I’m not sleeping in the gutter … yet, but I’m sure the odds are against me because I’m American. What I mean is that ever since I arrived here in Kiwitown, my welcome wagon has been giving me earful after earful of unproductive commentary about the hopeless American way of life.

“Americans think the United States is the best country ever because that’s what they’re raised to think. That’s what the media feeds them. They don’t know any differently.”

“It’s not the American accent that bothers me, it’s the volume. Americans are too loud.”

“Americans are too opinionated. They all have opinions, but they don’t know what they’re talking about. There are so many stupid Americans.”

“Most Americans are lazy and messy. And really fat.”

The fun doesn’t stop there. These opinionated Kiwis have supporting evidence to back up their claims. Did you know that less than 5 percent of Americans, or possibly 13 percent depending on which Kiwi is calling the shots, have been issued passports? On one side of the fence, I see where they’re coming from, and I agree that the numbers, whatever they might be, (none of the Kiwis could agree and they couldn’t seem to remember where they’d heard it either), are probably disappointingly low. On the other hand though, I think the information is mostly misinterpreted and generally useless.

When I left America in September 2011, I didn’t think too highly of my native orgins, and I was quick to jump on the “America sucks” bandwagon in my conversations abroad. The more the world continues to complain about the United States though, the more I find myself representing for my home team. For example, while there may be a low percentage of American passport holders relative to the percentages of other countries, I think there are some logical contributing factors.

In all fairness, the United States isn’t exactly a small island – there’s a lot of room to roam without leaving the country. In a place like New Zealand however, if you want to roam more than a few hours from home, you need a passport. What about European Contiki tours that boast the ability to visit 10 countries in 10 days? Doesn’t it make sense that a higher percentage of Europeans would have passports? But don’t think I’m condoning America’s statistical lack of overseas travel. I’m not. I’m just saying that when you start to consider the qualitative data behind the numbers, you begin to realize that passport-to-population ratios don’t necessarily correlate with a population’s level of intelligence or ignorance. In general, statistics about people and their behavior are superfluous.

But it isn’t simply the parrot-like regurgitation of useless numbers for which I am losing my patience. It’s the thoughtless acceptance of irrelevant generalizations and the lack of genuine observations between individuals for which my tolerance is running low.

There are citizens of every kind in every country, and the only way to sum up a population is not to. You have to accept people on an personal basis. There are dickheads, douchebags and inglorious bastards occupying addresses all around the globe. While not all human beings are intelligent forms of life, those clever, perspicacious, kind-hearted, charitable, honest, moral, upstanding folks do exist, and they aren’t confined to any specific set of geographic coordinates. The concept seems simple enough, but it seems that some people still need to be reminded. Just as you should never judge a book by its cover, you should never judge a person by a passport. Sometimes stereotypes are true to life and statistics are accurate representations, but questioning the validity of a fact is the only way to lend it credibility.

So just because you meet five snobby, judgmental Kiwi’s during your first two days in the country doesn’t mean all Kiwi’s are snobby and judgmental. Sure it’s discouraging. At this point statistics based on a two-day survey would show that 100 percent of Kiwi’s are assholes. But maybe those five Kiwi’s aren’t always a bunch of hate mongers. You extend your survey for another two days. You find out an American gave one of those Kiwis herpes, so there’s some bitterness there. Understandable. Another Kiwi used to date an American girl and she was a real psycho, so he’s wary of us now. Makes sense. Kiwi number three was just having a lousy week in general – nothing personal. Fair enough. Kiwi four and five are just generally shabby characters. Their reason for being mean-spirited and generally lousy is simply because they’ve been blessed with free will. Still, the odds have improved drastically. Only 40 percent of Kiwi’s are genuine assholes pending further research into the qualitative data. So pass this on folks: only 2 out of 5 Kiwis are dickheads. Of course, you can always conduct your own case study if you disagree.

In the grand scheme of things, first impressions should come from the introduction not the reputation. And when you do meet a stranger from another country – any stranger at all – and curiosity gets the best of you, perhaps some remarks are best made with question marks rather than exclamation points.

Fear not though, I haven’t let a few opinionated Kiwi’s sour my attitude toward New Zealand. Everything with a grain of salt and a spoonful of sugar my friends … Unless you’re American, because Americans have diabetes.