A Quick Glimpse of Western Australia

I think about all those times when someone checking in on my travels would ask me, “But why are you still in Tasmania? What do you even do there?” I would just laugh. “It’s my favorite place so far.” And then I got to Perth. Now I’m not saying I’m sorry that I spent four months in backwards little Tasmania, but I will say that things would have been a lot different if I’d booked that one-way ticket when I was in Huonville back in January.

I’ll admit that I shouldn’t complain about the situations I’ve ended up in because I only have myself to blame. It’s not Hobart’s fault that it’s summer weather is like Florida’s winter weather. It’s my fault for booking a one-way ticket to a place I’d never heard of until only a few days prior, based on a half-hearted suggestion from a stranger. The most research I did for myself was to google images of Hobart and then panic after my credit card had already been charged. This is just how I do business. When I came to Australia for the first time, I’d never heard of Brisbane or Queensland until literally a few days before I decided to live there for five months for an exchange program. When I went to Indonesia for the first time, I booked my ticket two weeks in advance with one thought: komodo dragons. I didn’t even know what language they spoke or what Mi Goreng was. I just showed up and figured it out. Lonely Planet just shits me, and Contiki makes me cringe, so don’t even go thinking those kinds of things are viable options for me. If you want to travel, pick up and go. If you need to know something, ask a stranger or someone you know whose been where you want to be, but don’t waste your time trying to plan the perfect getaway. That being said, be prepared to end up cold and afraid in Glenorchy for four months.

Which brings me to my main point: Thank god I’m in Perth now. I’ve only spent one full day here, but it’s already been a drastic improvement from TAS. First of all, the sun was out and it stayed out. It was warm when I woke up, it stayed warm all day, and it was warm when I went to sleep. This might not seem like a big deal, but after four months of dealing with a 50-50 chance of an Antarctic morning blizzard followed by a stroke-inducing afternoon heat wave with scattered showers and possible hail on a daily basis, the simplicity of Perth’s weather is much appreciated. Even this morning, it’s been raining for several hours on end, but that’s what the weather forecast said would happen. Today called for rain and it’s raining. It’s just a warm, rainy day. 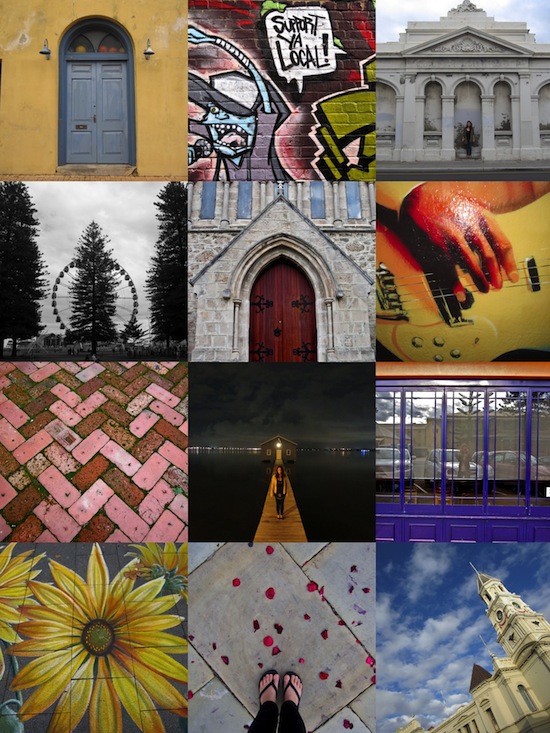 Another improvement is the public transportation. The buses here run on schedule. They aren’t early or late or M.I.A. They show up at the exact minute they are supposed to show up. They actually have signs warning passengers that if they are not ready and waiting at the bus stop at the appropriate time, they can expect to miss the bus. TransPerth should be a role model to every public transport system in Australia. Not to mention the fact that so far not a single bus has smelled so rank that I’ve nearly puked. Ahem, MetroLink X1 Express Bus.

Another big change: I went to the city and there were buildings and people. Okay, so there are people and buildings in Hobart, but not really. Perth is real city, but it’s comfortable one. It’s sort of like a Brisbane-Melbourne-Sydney hybrid. It’s got cozy Brisbane charm, a very hip Melbourne atmosphere and all of the big time city-scape you find in Sydney without all of general crappiness. (Sydney is still my least favorite place in Australia, if not the world.) It’s busy without being overwhelming. It’s big without being impersonal. And best of all, it’s on the west coast, which means I can watch the sunset over the water just like back home. Beaches, beaches, beaches! Last night I dragged Casey out to the beach just like I used to do in Florida & we saw our first W.A. sunset. Not to say I don’t love TAS with my whole heart, because I do, but it’s a nice change to be in Perth. I think I just needed to be on the road again. 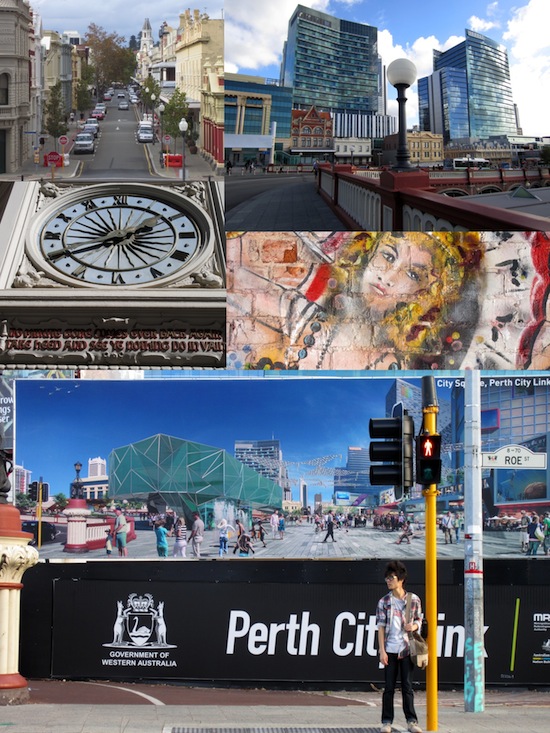 So anyway, we’ll be in Perth and Freo for a couple more days & then we’ll head south. Keep in touch!