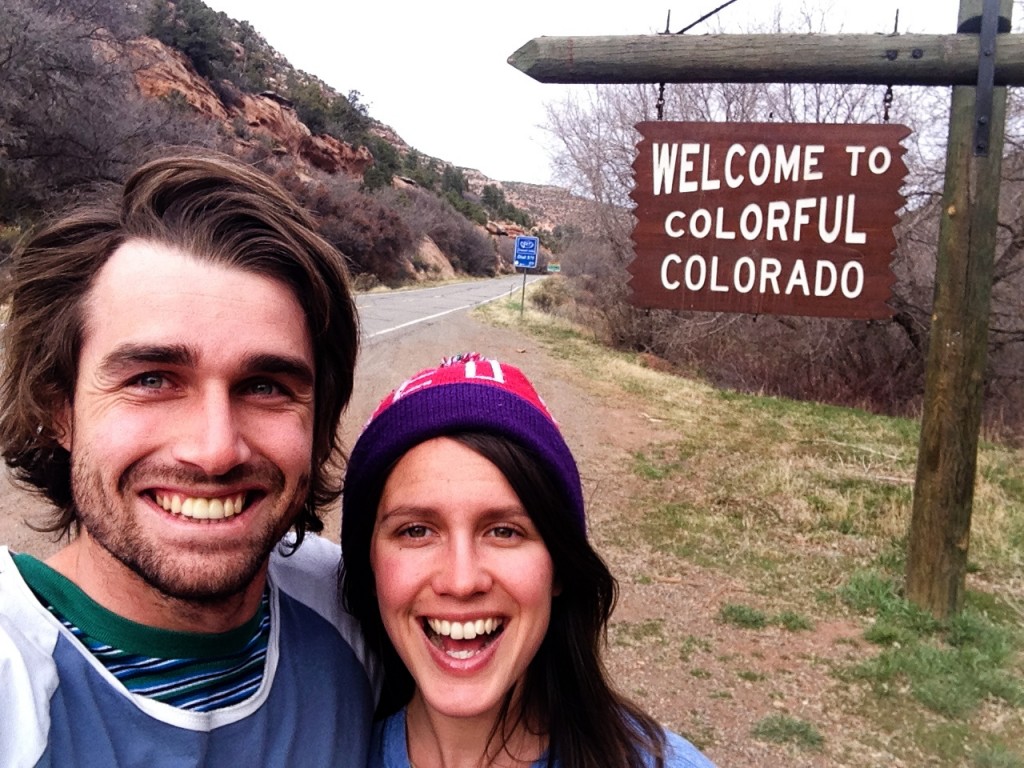 A Taste of the Great American West

Our road trip lasted for a grand total of 3,052 miles and 14 days. A somewhat spontaneous trip, our aim was simply to get to San Diego and back inside of two weeks, seeing as much as possible for as little $$ as possible along the way. We had a few dots on the map and lots of gaps in our “itinerary”. In the end, this is what we accomplished:

1. One day of snowboarding in Telluride
2. Two days horsing around in Arches National Park
3. Two days hiking in Zion National Park
4. One sunset at the post-card famous Horseshoe Bend
5. One day hiking in the Grand Canyon
6. One weekend in San Diego
7. One night camping in a Wal-mart parking lot
8. One Lunar Eclipse at White Sands National Monument 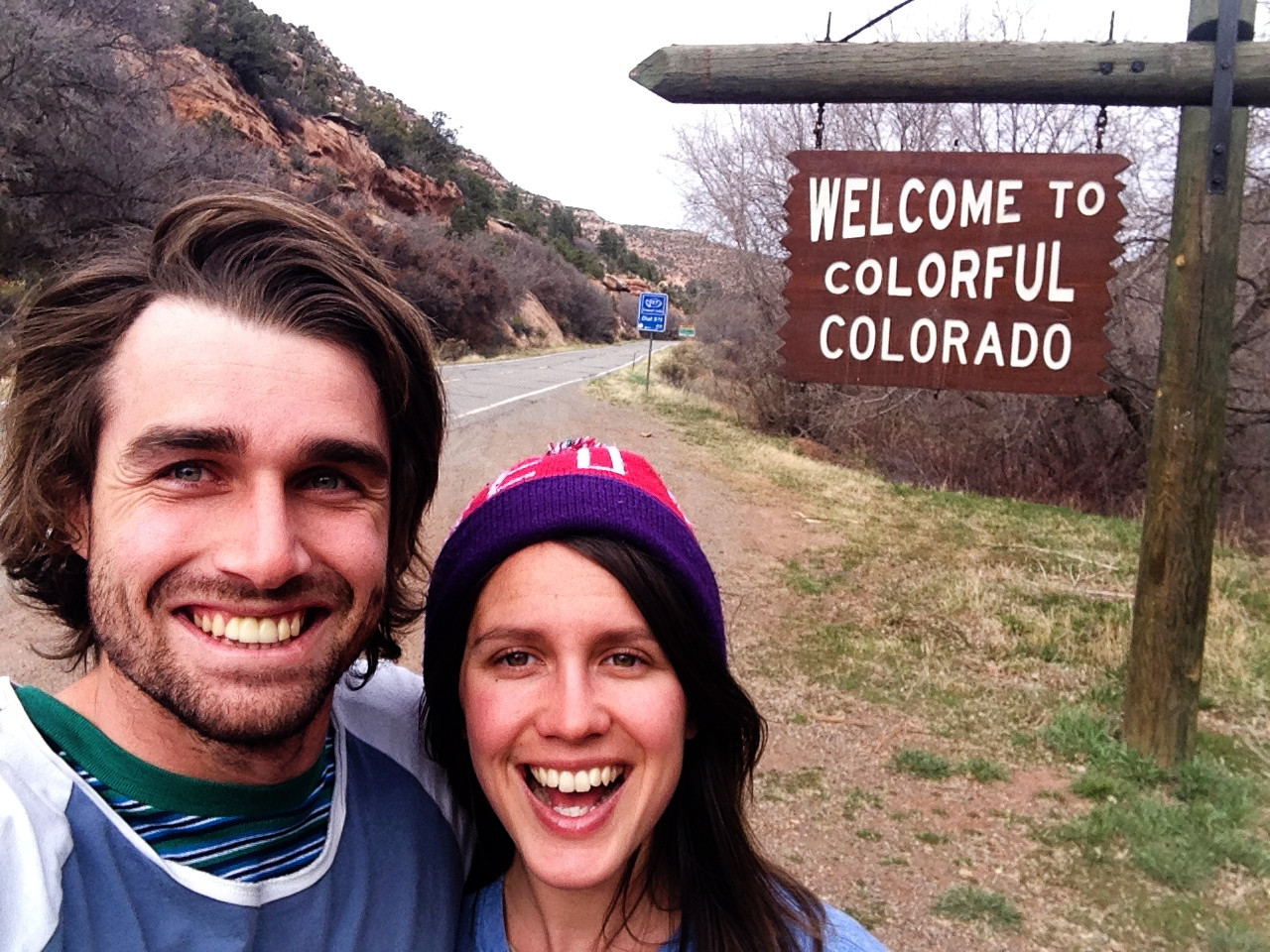 For a price tag of $1,000 per person, including everything – fuel, accommodation, activities, food & drink, California and all kinds of other random stuff, (working out to roughly $85 per night) our highway bender cost less than most people spend on a weekend getaway in their home state. So how did two people cram all of this action into two weeks and $2,000 dollars?

Mostly by sleeping in at the Subaru Forrester Luxury Inn. Seats down, swag unrolled, sleeping bags at the ready. Boom! Bedroom! And actually way more comfortable than it probably sounds. (If you’re wondering, a swag is an Australian tent in the shape of a sleeping bag that is lined with a mattress. Brilliant.) 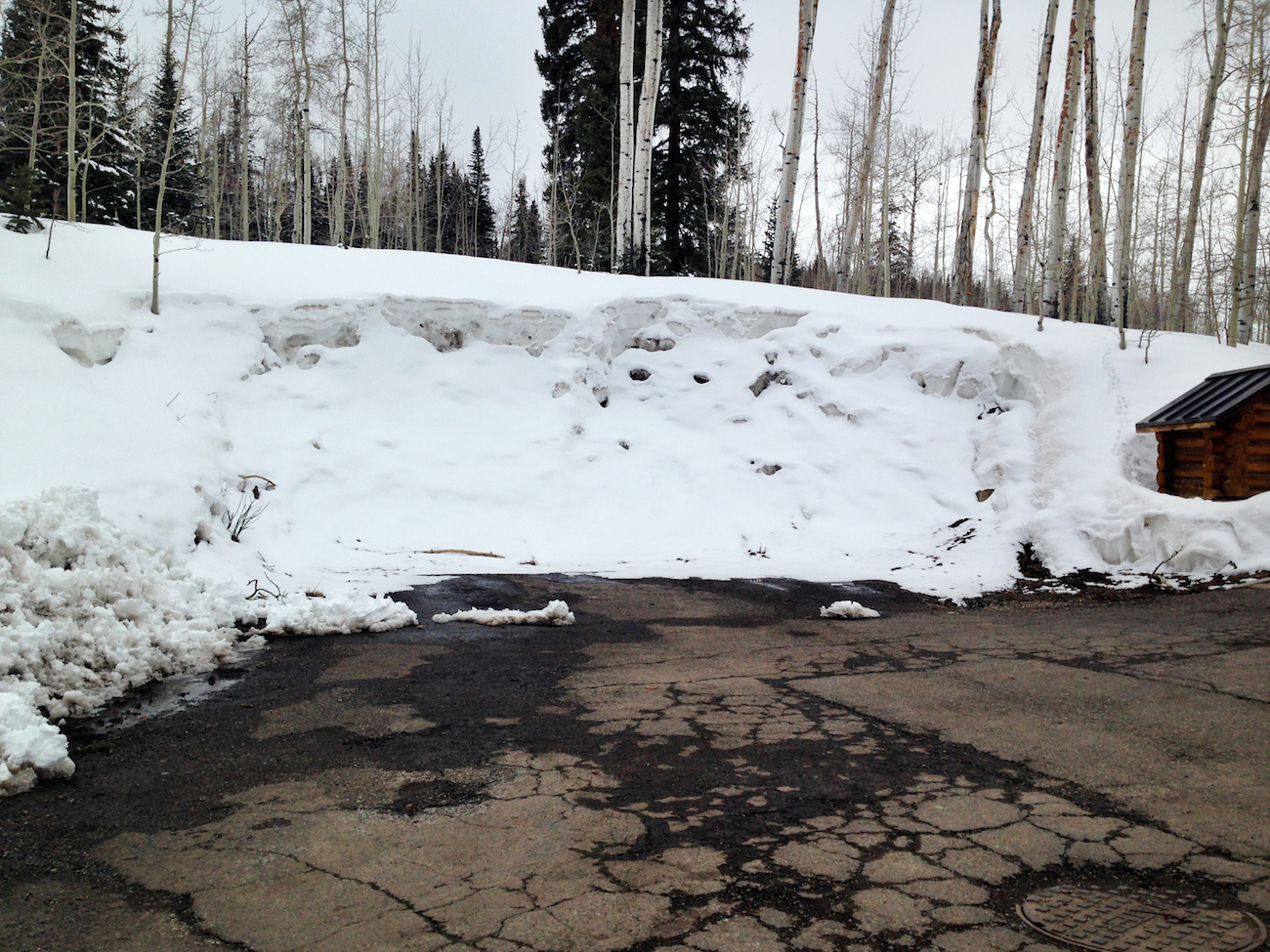 This automobile bedroom set-up saved us mucho dinero, and it was a trend that started because we showed up in Telluride without a place to stay when our Couchsurfing plans fell through, and naturally, there was no plan B. We had intentions of camping throughout our road trip, but not in the Telluride ice-box. Sleeping in the car seemed to be the best balance between comfort and cash. We got to chatting with a staffer at one of the Mountain Village pubs and mentioned the idea, and she said the village had strict rules about it and a silly number of cops enforcing them, but we probably wouldn’t be bothered in town. We had early-bird riding on the brain though, so we opted to take our chances and ended up sleeping in a very inconspicuous parking space in a neighborhood of million-dollar holiday homes. That night the temperature dropped to 9 degrees, and we had ice crystals blooming on the inside of our windows, but thankfully our down sleeping bags from New Zealand kept us surprisingly cozy, and more importantly we didn’t get arrested. A risk worth the fresh tracks.

After that successful night car-camping in Telluride, we adopted the arrangement for good. Sleeping in the Forrester gave us the freedom to drive until our eyes started closing, and then all we had to do was pull over somewhere relatively inconspicuous, move some things around and fall asleep. 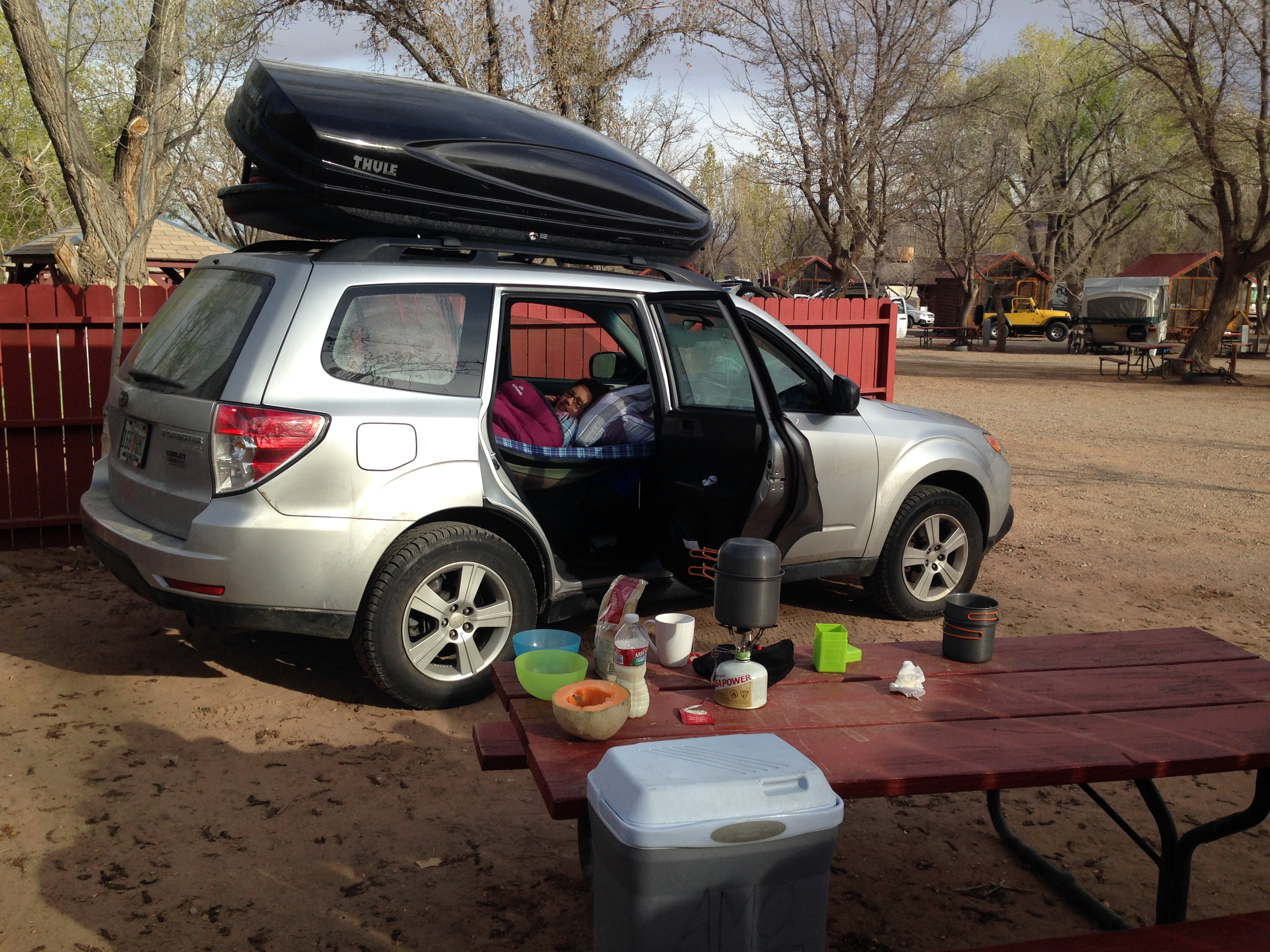 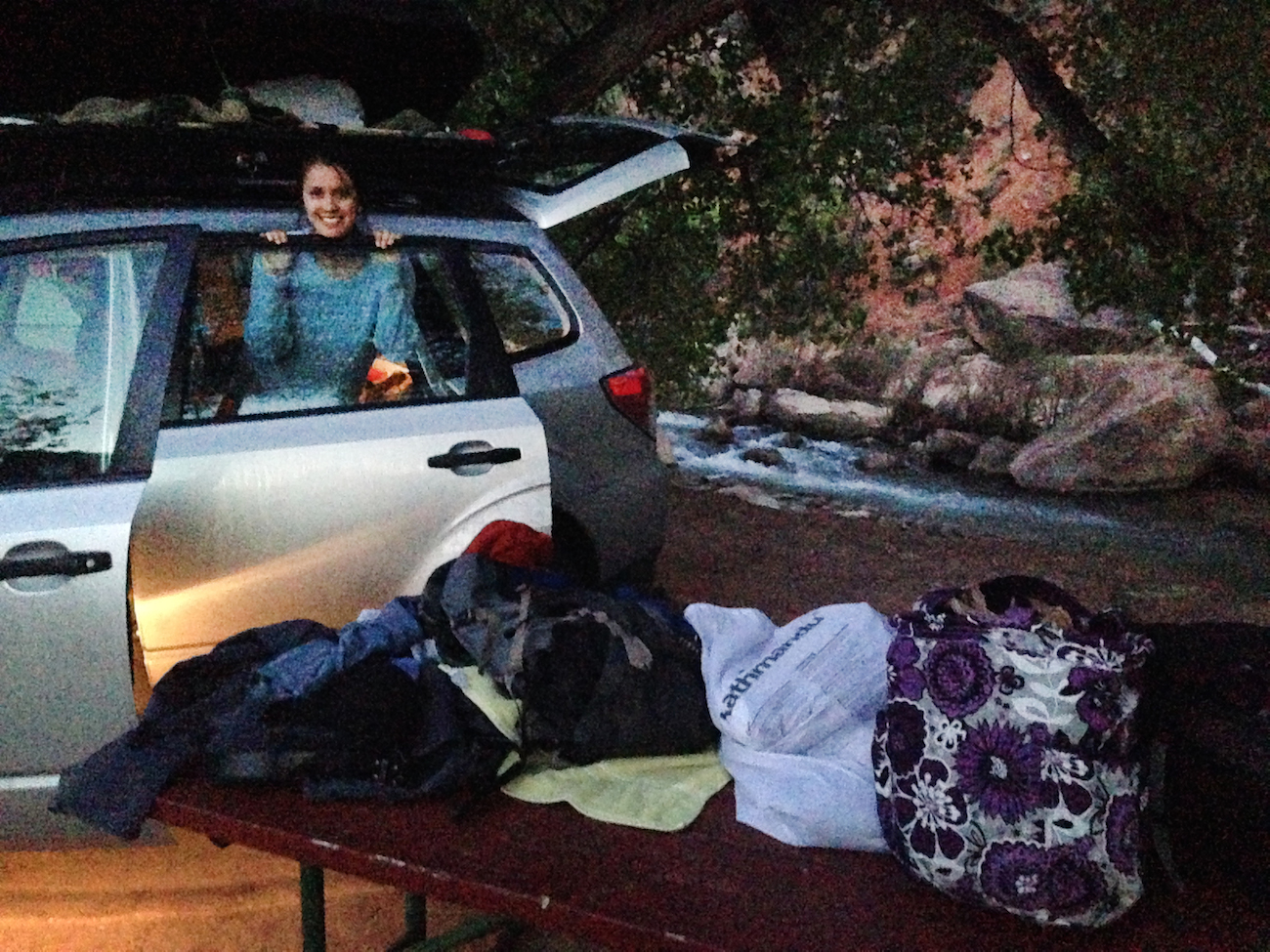 The highlights were sleeping under the Three Gossips and the Courthouse Towers in Arches National Park and waking up on the Grand Canyon south rim to our first glimpse of the monstrous icon. Obviously you are not allowed to camp in either one of these places, but rules are made to be broken.

On the other hand, we did get a little crazy with our freedom, and on one occasion ended up spending the night in a Wal-mart parking lot. Biggest mistake of the trip. Dump trucks and golf carts and circus people all screaming and pounding away in the night, our wholesome Forrester rotting away in the depths of the cesspool parking lot. To be fair, when we made our decision, it was only after opting not to stay in several other seemingly more despicable locations, such as behind the very busy Best Western on a hill next to the interstate or on a side street lined with eerie construction fencing and shadows lurking in the dark. Our options were limited, our eyes were tired and we made a bad decision. It happens. For the record, it will never happen again.

We Couchsurfed for one night in a small town called Ash Fork with a kind-hearted soul named Charles and spent our weekend in San Diego crashing with a friend. The best sleeping arrangement of all was when we actually camped at the White Sands National Monument. Nothing like a night in the desert under a full moon during a lunar eclipse! 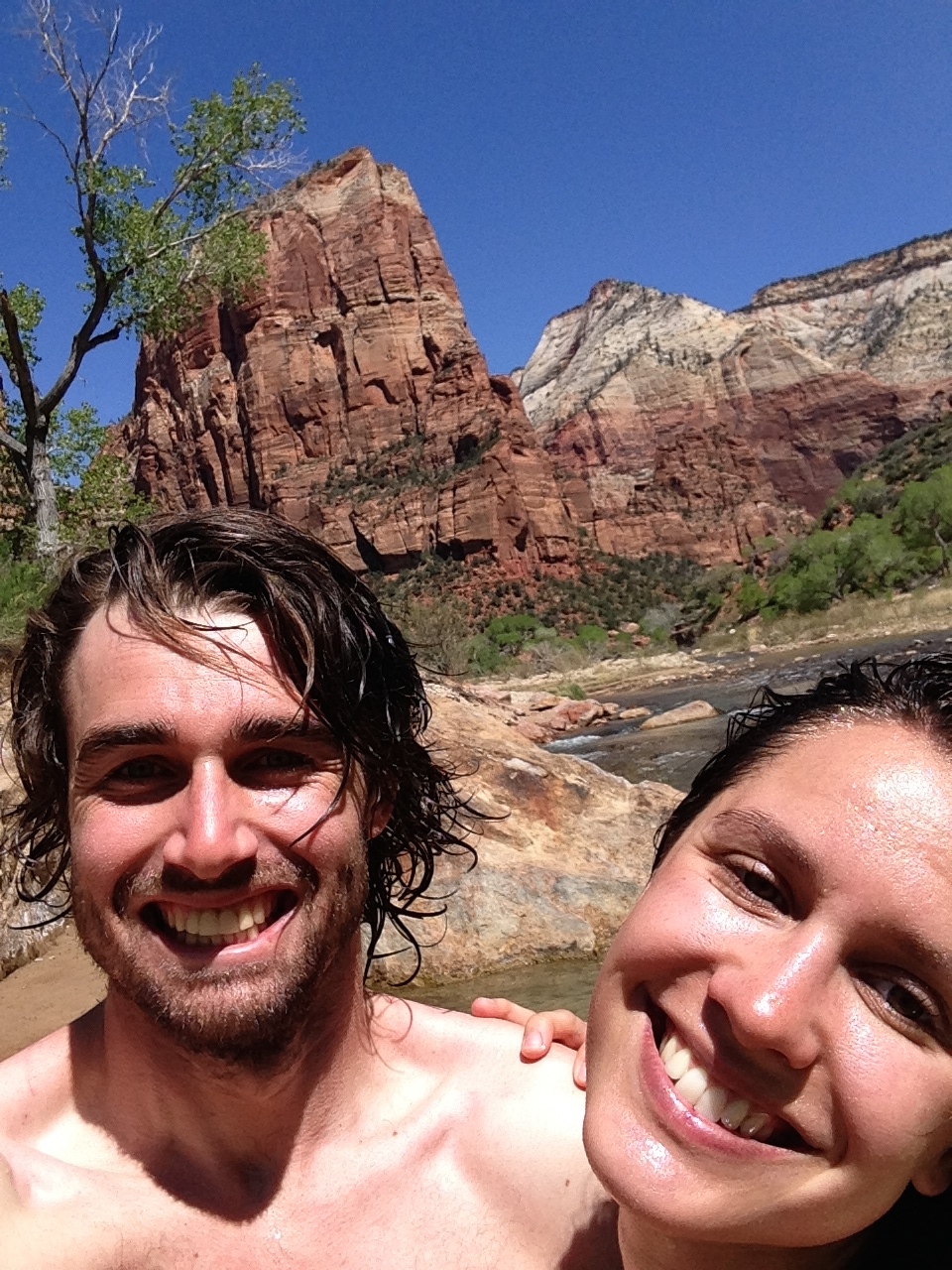 In total, our accommodation for two weeks cost us 76 dollars. Of course, all of these free-spirited sleeping arrangements required some creative hygienic solutions. A quick dip in a river in Zion made for a nice 46-degree freshwater bath after a long day of hiking. Naturally, this impromptu swim was forbidden by the park and dually required incredible stealth considering the hundreds of trail-goers along the way, but we pulled it off. I’m hesitant to confess to ‘stealing’ a shower from an RV park after hours. Also nothing like brushing your teeth in a gondola bathroom, an underground parking garage, a grocery store restroom, an Applebee’s parking lot and several other awkward public places. I will shamelessly admit that I had no trouble popping a squat when necessary, though there were some uncomfortably close calls. Most of the time, wilderness bathroom breaks were the sanitary alternative to roadside restrooms. Now this might be considered over-sharing, but in case you think I’m exaggerating, you should know that on one particular occasion, Alex found himself locked in a men’s bathroom stall next to a lidless industrial-size garbage bin full of violently used toilet paper while I held my breath over a pool of stale urine in the ladies room, trying desperately not to make a splash. Meanwhile, a scary Native American man circled our car in the parking lot where the body of a dead dog (R.I.P.) lay rotting. Once something like that happens, you start taking your chances in the wild.

In the end, our effort was worth the pennies we saved. These pennies were later blown in California, the most over-priced state in America, but I digress.

Anyway, a good portion of our expenses were of course food, but thanks to my trusty cooler, we were able to score breakfast, lunch and dinner from the grocery store, though we did make a few exceptions, such as the Brews, Blues & Barbeque joint in Moab, and at the suggestion of a seasoned local, we cashed in on a dirt-cheap breakfast fit for a King and his family at the El Tovar hotel in Grand Canyon Village. Beer, wine and spirits were also added to our ‘food’ tab rather indulgently. Still, the food costs for our two weeks on the road were pretty similar to our food costs at home, meaning a good chunk of our trip’s expenses would have been incurred whether we were roadtripping or not. 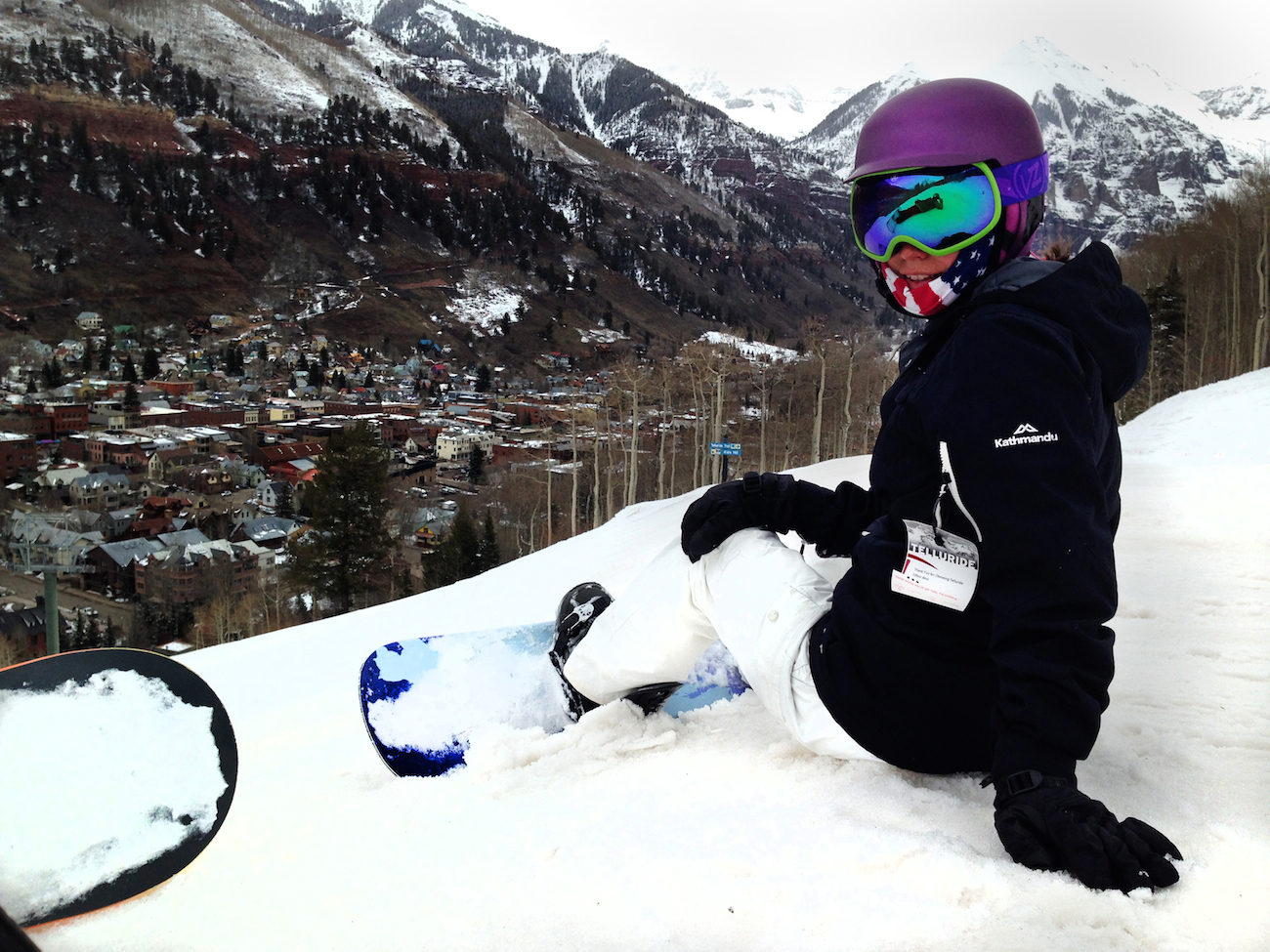 All up, we spent about $300 bucks for all of our activities, including an annual pass to every national park in the country, tickets to the Padres v Tigers baseball game, and a day of over-priced snowboarding in Telluride.

So as it turns out, roadtripping America is a very doable thing, in case any of you skeptics were wondering. If you still think $1,000 is too pricy for a 2-week holiday, I dare you to do some accounting. ‘After work drinks’ ‘dinner dates’ and ‘weekend shenanigans’ will add up faster than you think. I know this because my number crunching enabled me to travel overseas for more than two and a half years. Think about that next time you start planning a three-day excursion to Coachella or long-weekend in the Big Apple. If you are need of a serious holiday, roadtripping America is the answer. And it’s cheaper than goddam f***ing Coachella. Just something to think about!